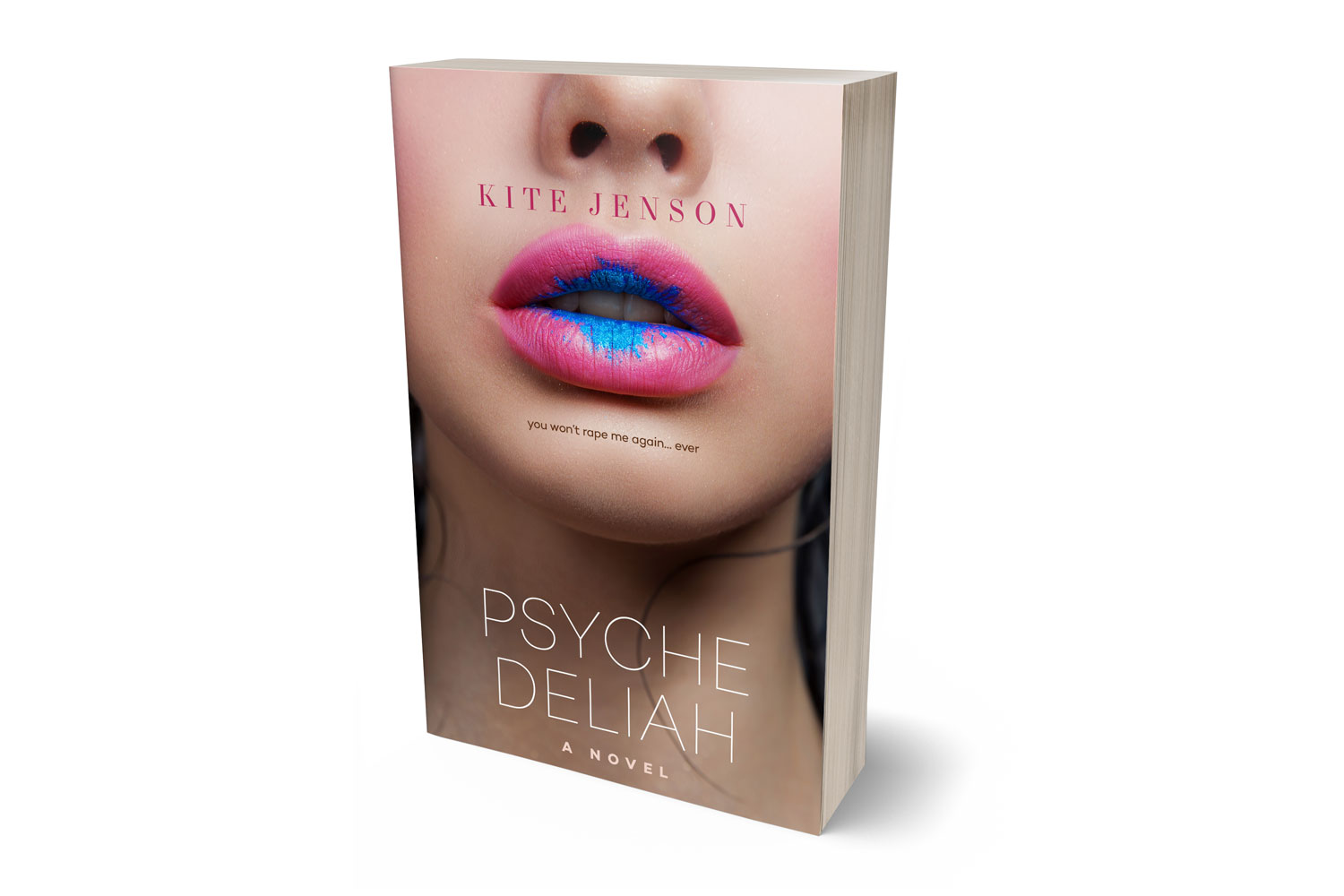 A novel by Kite Jenson

Can a billion dollars and a secret psychedelic drug make men stop raping?

That’s the question Deliah asks of the world… after she takes her own life. Showing the foresight of a chess Grandmaster, Deliah designs her death to mobilize a cast of characters uniquely suited to find an answer. A struggling actress of mixed origins, Deliah was repeatedly raped as a teenager by her father Walter, a strait-laced engineer with ties going back to the Swedish slave trade. He belongs to a secret clan of serial rapists who believe they’re fulfilling destiny.

Alex, her best friend growing up, was raped by Walter even before Deliah. Now Alex is a trans dancer at a BDSM club. Paul, Deliah’s ex-husband, is a privileged but sensitive white male who can’t move on. He was raped by his father’s colleagues and is enraged to discover Deliah suffered similar abuse. John, Deliah’s last lover, is a crypto billionaire and a dispensary magnate known for guided psychedelic journeys. As a boy, he was raped by both his mother and father while forced to live in a cage. Bunni, John’s current lover, is a yogini and Tantric goddess who escaped an international sex-trafficking ring. She was raped over 20,000 times.

Can these victims join together to avenge Deliah and bring down Walter’s clan? And if they do, how might they go one step further to end rape culture forever? PsycheDeliah is a psychological thriller filled with eroticism, despair, and a touch of joy. If you like sex and drugs and the pursuit of justice, you’ll love Kite Jenson’s brilliant madcap adventure.