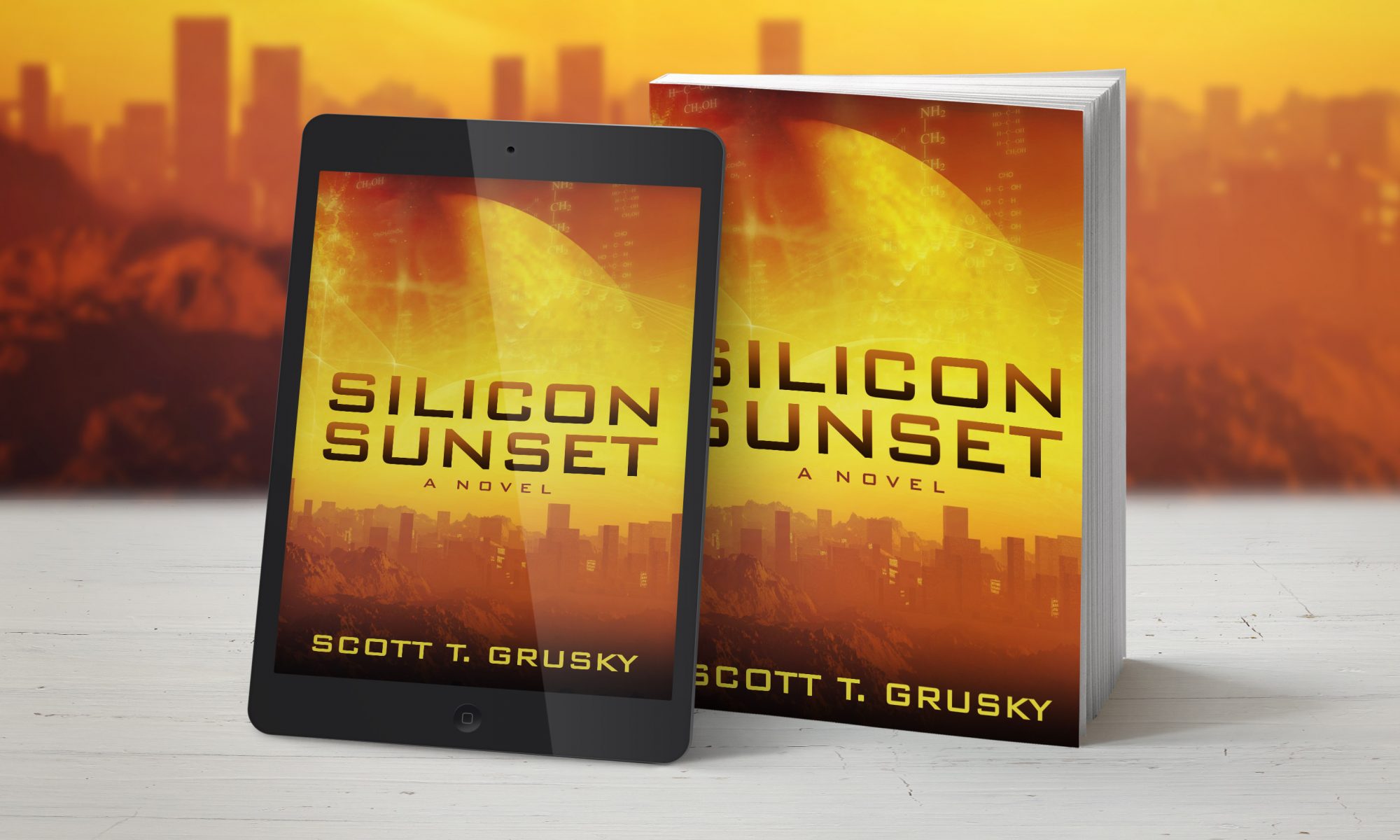 A novel by Scott T. Grusky

Take a journey to the furthest limits of cyberspace. It is the year 2077 and data pervades. There are no plants or animals in the cities, food grows only on orbiting satellites, and sex has been forgotten. All day long, day after day, humans process their burgeoning data via “PIFFEN meters” implanted in their brains. A worldwide bioelectronic net called the Neural Web links the tiny meters. But Kale Keeler—a 26 year-old, female Web reporter—has glimpsed the ways of the old-time. While attending a rare physical briefing with Mr. Clyde Trivers, the CEO of the “Public Netgorks,” she notices that Trivers is different from everyone else. He does no data processing of his own.

Most humans would be too busy with their Web-signals to give this a second thought, but Kale suffers from a “slowed metabolic rate.” She agrees to accept Trivers’ odd assignment to investigate a Professor Walter Morgaux at Harvard University, which has been relegated to a rehab center for the most feeble processors of society. Unknown to her, she is monitored by Ralph Peterson, a small-time channel boss desperate for a Netgorks promotion. Trivers has even given Ralph a special headware device to illegally enter private segments of Kale’s system.

The more Ralph sifts her system, the more Kale deviates from her data. She even touches the skin of a male rehab student at Harvard named Greggy Panagopoulos—a violation of the sacred “Third Law of the Internal.” But the terrible truth about the world doesn’t get revealed until Kale does the most brazen thing of all: She arches her back like a bird and sends a Webless signal to her reclusive grandfather, Joseph Baptista. The result is pure silicon madness.

If you’re worried about where the Internet is leading, you may want to read this book. If you aren’t worried, you BETTER read this book!