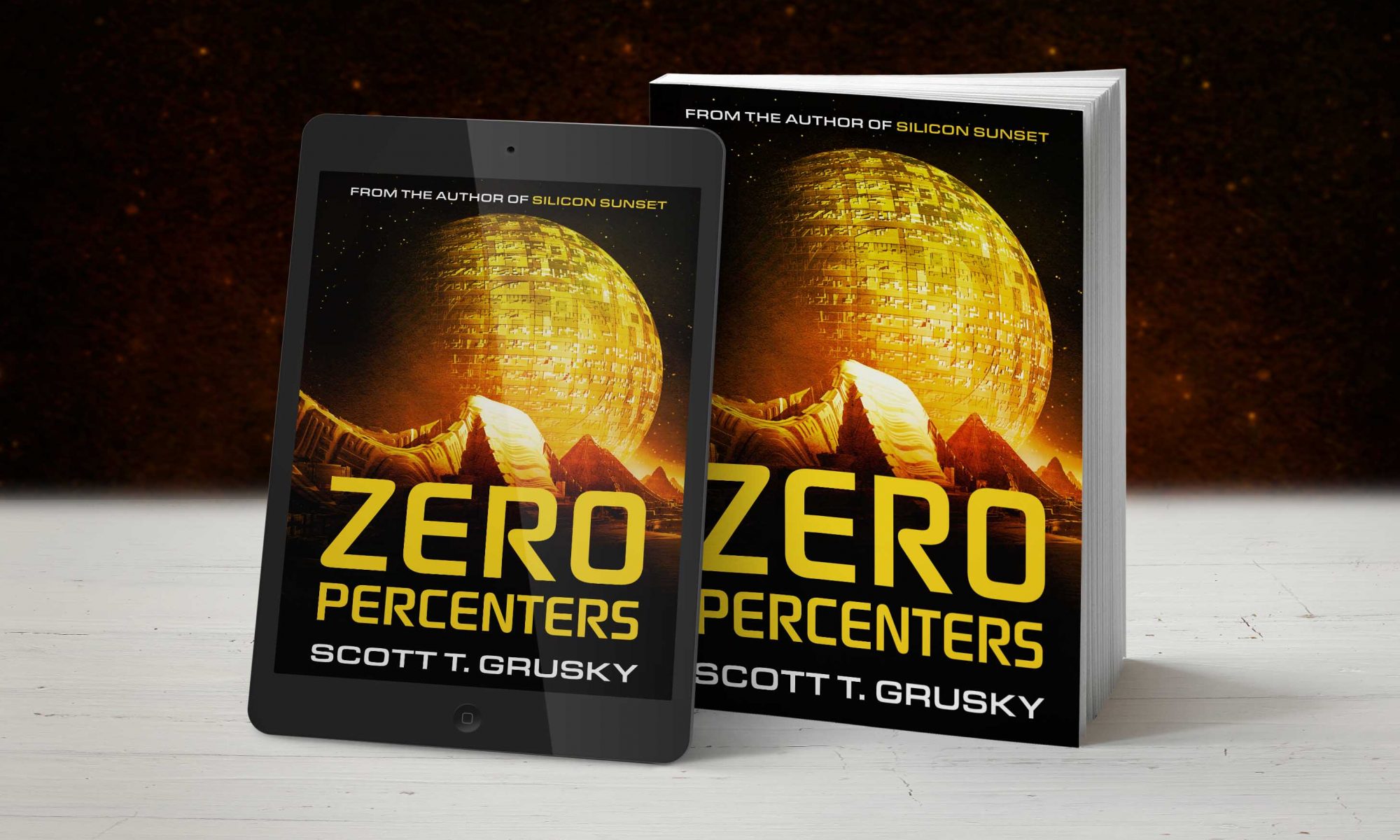 A novel by Scott T. Grusky

Would you sacrifice your humanity to live free from pain and suffering?

Conservationist Anja Lapin always stood firm against her father’s profiteering. But in her wildest dreams, she never guessed his tech company would stumble on an algorithm enabling humans to digitize their bodies and secure artificial immortality.

Before Anja can stage a protest, terrorists take out the research team, along with her father. Billions adopt the new technology in record time, lured by an eternity free from pain and filled with pleasure—even if it means losing a few pieces of their identity.

Anja finds she’s one of the last two flesh and blood humans remaining on Earth. But while her worries turn to the future of consciousness, her father’s rival plots to hijack the network of digitized people and claim ultimate control.

Can Anja counter the attack and safeguard a brave new stage of human evolution?

Read Zero Percenters to witness the future of consciousness today!